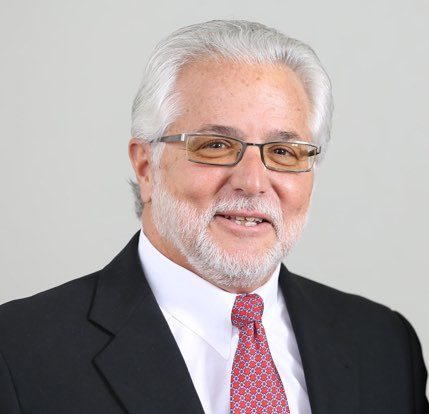 You should know that:

I acknowledge that I have read the above information, proceed
I do not want to view the information

Ricardo R. Pesquera is an experienced, highly qualified personal injury and criminal defense attorney. For over (30) years he has represented clients both in State and Federal Courts across the mainland and the Commonwealth of Puerto Rico as a prosecutor and later as a private attorney. The experience gained from working as a senior law clerk for United States District Judge Carmen C. Cerezo and as a federal prosecutor in Puerto Rico and Florida, enables him to provide an effective, aggressive and highly competent representation.

From 1983 through 1991, Pesquera worked as an Assistant United States Attorney, first in San Juan, Puerto Rico, where he rose to become a member of the elite Special Prosecution Unit as well as Chief of the White Collar Crime Division, and later in Orlando, Florida.

As a federal prosecutor in Puerto Rico, Pesquera consistently handled the largest and most important bank fraud investigations including the prosecution of the CEO, Chairman of the Board and several members of the Board of Directors of a trust company doing business in Puerto Rico. Pesquera also tried and convicted several mayors of different municipalities in Puerto Rico for charges that included extortion, bribery and money laundering. His tenacity and tirelessness attitude allowed him to try and convict a member of a local terrorist organization in Puerto Rico that later became a government informant. While in Orlando, Pesquera continued to handle bank fraud investigation as well as Government procurement fraud. Among his most notorious cases, he was able to try and convict a company based in California and its President for knowingly manufacturing and distributing defective bolts used in the rocket boosters of the space shuttle. In addition to these cases, Pesquera handled as a prosecutor a variety of other cases including violations of narcotic statutes, money laundering, wire and mail fraud, health care fraud and bank fraud.

In April, 1991 Pesquera opened his office for private practice in Orlando, Florida with a branch office in Hato Rey, Puerto Rico where he was born and raised. In the civil area, he limits his practice to car and motorcycle accidents, medical malpractice, slip and falls, defective products and workman’s compensation. In the criminal defense area, he concentrates in murder charges, complex white collar and healthcare fraud, government corruption, shaken baby syndrome cases and sexual crimes. We ask that you look at the page entitled “Results” to review some of the significant cases he has successfully handled that includes the defense of five Cuban exiles charged with conspiracy to murder Fidel Castro at a summit in Venezuela.

Pesquera is committed to teaching other fellow attorneys everything learned during the past for over (30) years as an attorney. In 1990 he served as a legal consultant in a Pilot Court Seminar sponsored by Harvard Law School in Guatemala. During a period of five (5) years he served as Trial Advocacy Teacher with the National Institute of Trial Advocacy (NITA) teaching other lawyers how to successfully try a case before a jury. In April, 2009 he appeared as a speaker in a seminar offered by the National Association of Criminal Defense Lawyers in Santa Fe, New Mexico regarding how to defend defendants charged with sexual offenses.

Your Team at Crews and Pesquera P.A.